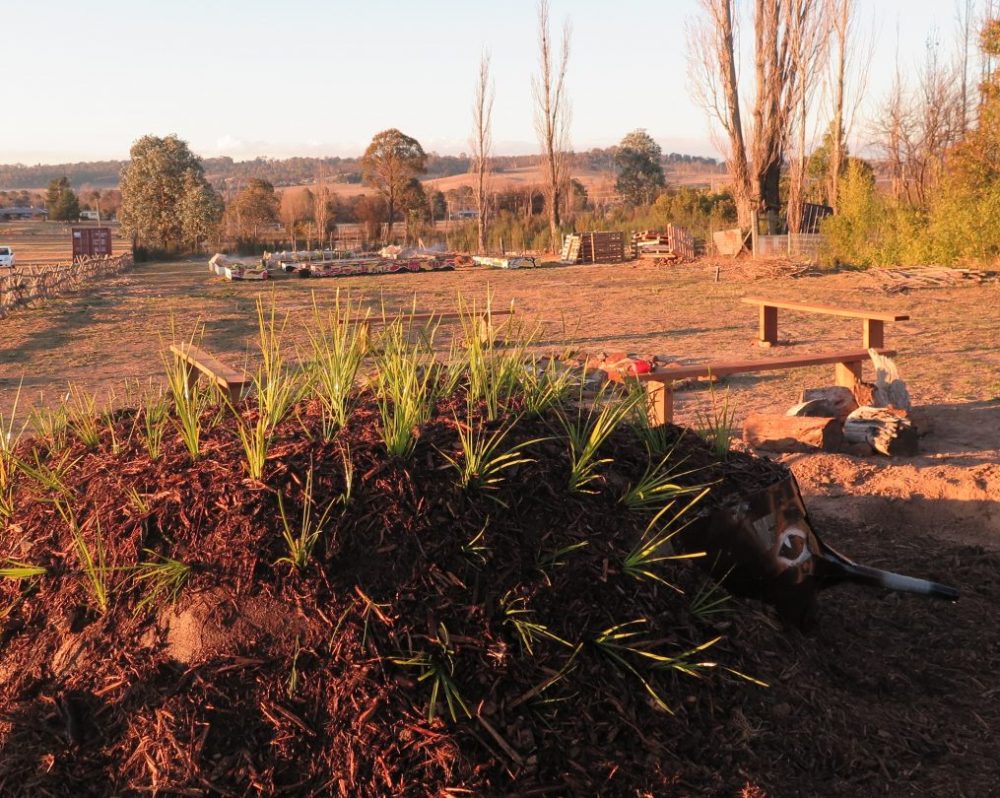 In 2015, the community garden welcomed a new inhabitant – “Iwata”, a living sculpture of an echidna. Iwata is the Anaiwan name for echidna, and the echidna is the Anaiwan totem.

The sculpture is the result of a community arts project in which local artist, the late Jeremy Rudge, worked together with Aboriginal high school students from the Clontarf Academy, and primary school students from Minimbah school, to create an echidna with spikes that are made of lomandra grasses, traditionally used in weaving, and a body that is composed of living soil – a multiplicity of minerals coalescing with organic fragments of the bodies of the living and the dead.

As a manifestation of connectivity and healing, Iwata articulates the more-than-human alliances that are forming in the community garden, and works to subjectify grasses, soils and plants as part of an insurgent instrument to resist reductive and extractive approaches to the living world.

Hugo Reinart argues that research methods choreograph reality, ‘predetermining the scope of what can exist, dictating what can be discovered and how, and enlisting researchers in reproduction of certain dominant ontological coordinates’ (‘About a Stone: Some Notes on Geologic Conviviality, p.106). Reinart observes that multispecies methodologies experiment with ‘novel assemblages of form, bodies, and technique to generate new forms of knowledge’ with insurrectionary potential’ (p.106).

Iwata is ancient and immanent, she is ancestral but created by the young. She is alive, but she is not singular. She is a heaving multitemporal sea of becomings and she is a focal point for visitors the community garden to begin to encounter the incommensurate belonging of Aboriginal people to this land. 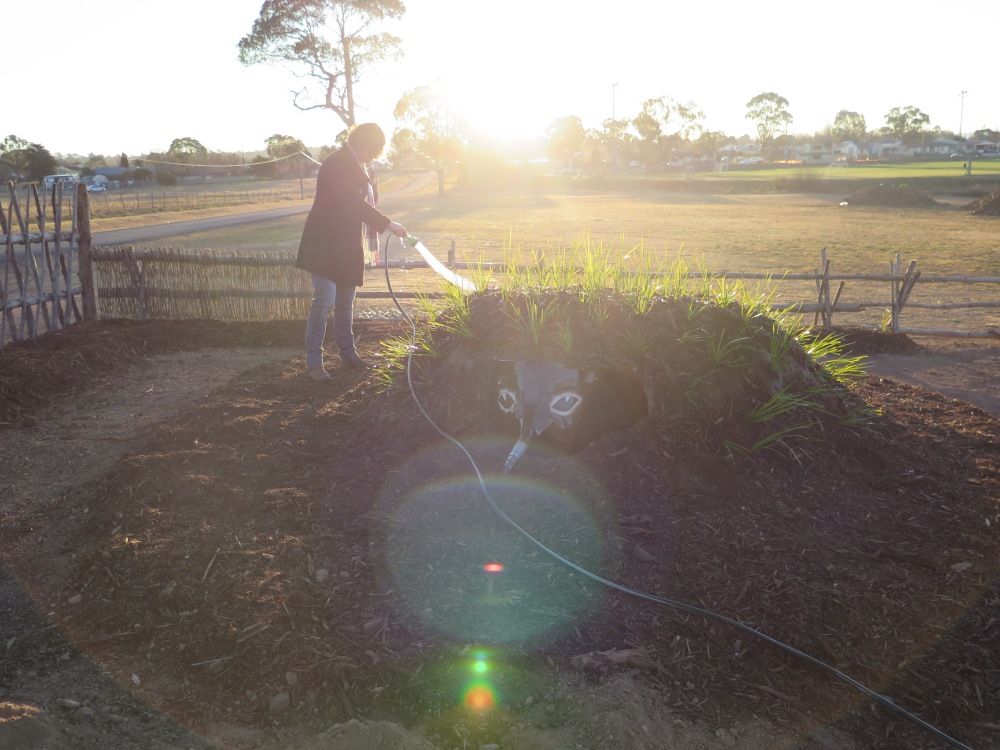 Hugo Reinart, ‘About a Stone: Some Notes on Geologic Conviviality’, Environmental Humanities 8, no.1.